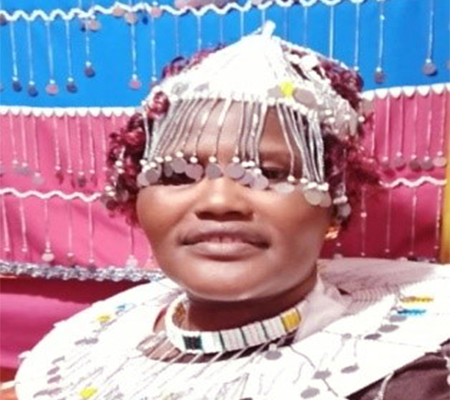 Lorem ipsum dolor sit amet, consectetur adipiscing elit. Ut elit tellus, luctus nec ullamcorper mattis, pulvinar dapibus leo.The Maasai community Girl children are not normally sent to school under the assumption that they will finally be married away and will use the education  for their families and not for their parents. The strong reason is that the girl children are supposed to be married off as soon as they are ready so that the father can get cattle in the form of dowry. The motivation for the Maasai men to send their daughters to school is therefore very little. Boy children are the majority in schools in Maasai land. It happened that the local government leaders in my village put me on the list of children to be registered for enrollment in the local school in Arusha and in January 1988, a village government officer made a follow up of all registered children and I happened to be one of them. So I came in contact with the modern world through formal schooling in my village from 1995-to-2001

I continued with my primary education until I finished standard VII(grade school which is seven years) without any serious problems.

On completion of my primary education, I was not allowed by my parents to continue with secondary education although I had passed my examination. My father hurriedly married me off to a very old man at the age of 12 years of age. I suffered so much emotionally but because of the force of the strong Maasai traditional culture, I had but to give in to the terror of being married off to the man almost the age of my father when I was only a very small child. The Maasai culture in this regard went against all sense of human rights and most importantly the rights of girl children to a decent life, education, emotional and physical security. Being at the mercy of the male dominated culture, I joined the ranks of thousands of other girl children who went and still go through the same bitter and traumatic experience.

AS if that was not enough, my both parents shortly died after I was married to the old man. This further exposed to me to more suffering because my husband subjected me to frequent and dangerous beatings ,having lost my parents, I had no nobody to protect me, I only had to put up with the suffering and all forms of mistreatment and domestic violence.

With the man I hated most who was my husband, we were able to have 4 children who grew up in the most dangerous environment—Frequent beatings in front of my children made them cry and emotionally stressed all the years under control of this man.

After going through all the sufferings, I reached a point where I had to make a decision which was to become another turning point in my life—- a life of freedom from constant threat of my husband . With the support of the village government leaders I decided to break away from husband with my 4 children in 2011. This made me to begin another journey into the unknown. First being without any means of earning a living to support my family and the limitation of my education, I wondered what to do with my children and myself. It took me a month of dreaming, stress and wondering which direction to go. I finally decided I should go back to school to acquire basic skills which I could sell in the market to earn a living and support my children .But big questions kept begging for answers: where will my children go? Where could I get financial support for further training? Where should I find the training I needed?

Somehow I had to make critical decisions, about my children, I took one child to my friend who is living in Ngorongoro where she was able to complete standard 4 last and this year, I managed to secure financial support from different individuals to enable her to attend school in Ng oile  in Ngorongoro .Will I be able to enable her to finish her school remains a constant question in my mind as I depend on individual friends for support. This was the most difficult part of my journey. Fundraising  which is dependent on individuals is not reliable and this makes me behave almost like a beggar, going from one person to another begging for support is painful. The first born who is a girl finished stand 7 but could not continua secondary school due to lack of funds.

As a result of my bitter experiences, I decided I should do something to contribute to the possible change in the situation of the Maasai women in my village who have gone more or less the same experiences as me. I organized a meeting of women to discuss about what we could possibly do. Finally we decided that economic empowerment of women is the first step. This is based on experiences from other places where women development programs have focused on economic empowerment like in Longido district where an international organization called TRIAS has enabled over 3000 women to form income generating groups and supported them with technical training on business planning and entrepreneurship and finally established livestock keepers cooperatives. This resulted in collected capital from almost zero to half a billion TZsh.

As a result of our decision, as the leader of the group and the main dreamer of a possible situation of enabling women to begin in a small and consistent way but well organized struggle to empower women through establishing our own organization so that we have the organizational platform for moving women empowerment forward.

“I am economically poor but very rich in terms of the potential I have to contribute to positive change in the economic and social life of my fellow women in Arash village”. My vision aims to spark off a movement of liberation and empowerment of the Maasai women.